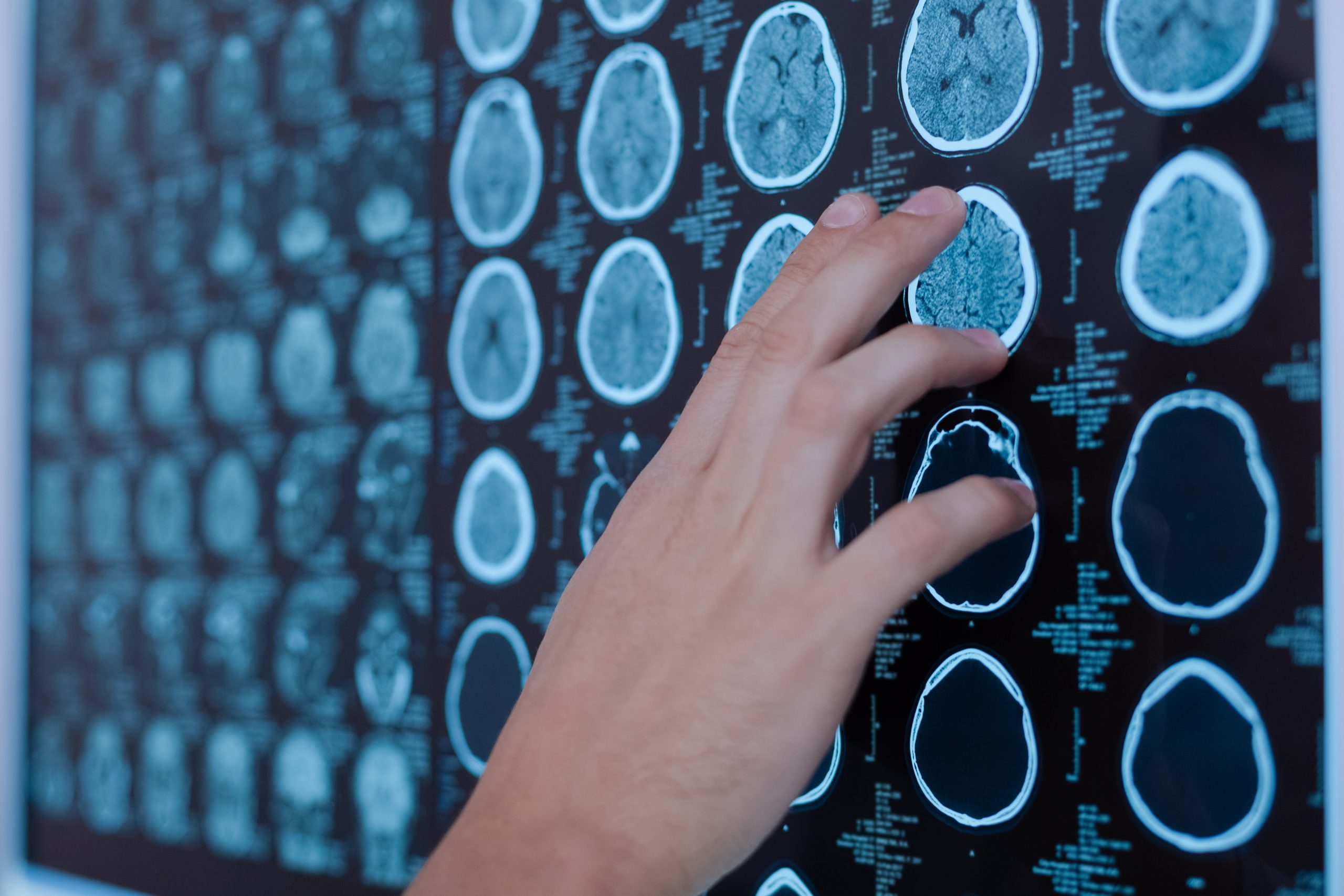 A Deep Dive Into Epilepsy Biomarkers

Biomarkers are an essential component of research into any condition. They have a multitude of uses and each biomarker might even have multiple use cases; some biomarkers might even be used to influence or understand other biomarkers. Like all parts of research, biomarkers evolve. Biomarkers are used to give an approximate understanding of how patients fare compared to those without the condition as well as how they fare compared to others with the same condition; they can be diagnostic, prognostic, predictive, or specific to different parts of the disease condition. But the changing nature of biomarkers is not evidence of a lack of foundational understanding; instead, the dynamic nature is evidence of the research community gleaning a better understanding of a condition and its full breadth of implications on the patient population. As researchers validate biomarkers, those validated biomarkers are continued to be studied in conjunction with other prospective biomarkers, allowing patients, clinicians, and researchers an even more astute understanding of how to care for a condition.

In the case of epilepsy, there are no validated biomarkers; this means that there are no biomarkers that have been scientifically accepted to have definitive clinical relevance. To validate a biomarker, researchers must demonstrate a biomarker is correlated to a certain clinical outcome and they must also demonstrate that they defined the net effect of the biomarker of interest. This is not a simple process. Biomarkers don’t have to be validated to be of clinical interest; sometimes, before biomarkers have become validated, clinicians will monitor and themselves research biomarkers to inform their expertise with the understanding that not-yet-validated biomarkers are simply starting points in their assessments, and since they aren’t validated, should not be expected to capture the full clinical manifestations of a patient, nor should they be the only source of information relied upon.

In this blog, I will show you the complex nature, and why it’s such an urgent need, of epilepsy biomarkers. By the end of this blog, I hope you understand the importance of biomarkers to epilepsy patients and their families. As science can often be inaccessible, it is important for clinicians, researchers, and scientific and medical educators to articulate the dynamic nature of science and its subcomponents including clinical and basic research. Often patients — and really anybody — can feel that this dynamic nature of science means the whole enterprise is built on a foundation of sand. The reality is different; the dynamic nature of science is due to the self-correcting peer-review and clinical research processes. That there are no validated biomarkers for epilepsy doesn’t mean the research community doesn’t somewhat understand the etiology and treatment of epilepsy; it means it’s difficult to fully capture the scope of the interactions of the brain.

It’s difficult to overstate the benefits validated biomarkers would have for everybody affected by epilepsy — from the patients who have to deal with this condition and their families to the clinicians and researchers who take care of them and work to improve the quality of life of those with epilepsy.

Biomarkers are of critical importance to the course of a condition’s onset and progression: biomarkers provide researchers an opportunity to find ways that might prevent the development of epilepsy, they provide researchers opportunities to develop better diagnostic tools to diagnose epilepsy sooner, more quickly, and as least invasively as possible; they provide metrics that clinicians can use to evaluate the progression of somebody’s condition; and biomarkers also open up doors for treating and potentially even curing the condition.

We don’t fully understand the brain or its billions of interlinked neuronal connections which makes epilepsy, as a condition that affects the brain, similar at least in part to Alzheimer’s. Neither of these conditions, which don’t manifest in clinical environments similarly at all, have well-defined etiologies. Another similarity between the conditions is that while both have an urgent need for validated biomarkers, both conditions lack them. In the case of epilepsy, only about 50% of causes are defined. While many treatments can reduce the frequency and severity of seizures, biomarkers are still of utmost importance. Seizures have a negative impact on quality of life and there is always a need to reduce the severity and prevalence of any chronic condition. To reduce the prevalence of a condition, the condition must be prevented; to reduce the severity, the condition must be diagnosed, closely monitored, and treated early with medications that significantly improve the patient’s current condition and prognosis. Biomarkers, then, act as guideposts that focus the research field on the measurements that most closely align with these goals.

Epilepsy often develops due to a brain insult which triggers an extensive cascade of cellular and molecular alterations. Biomarkers can be used to assess the extent of alterations and monitor the progression of these alterations. To that end, biomarkers are not singularly-focused; they can be used to evaluate how serious a patient’s case is, how effective therapies are, or even potentially the likelihood for remission.

Unfortunately, due to the extent of possible etiologies and the complexity of epilepsy, no single biomarker would be sufficient to account for all of the possible implications a set of well-validated biomarkers would provide. As the authors in this paper put it, “a profile of biomarkers will eventually be necessary to increase sensitivity and specificity.”

The below chart, from this paper, demonstrates the trajectory of epilepsy and where biomarkers (BM) can play an important role in the diagnosis, treatment, and cure of epilepsy.

As you might recall from a previous blog where I wrote an explainer on biomarkers and their importance in research, biomarkers can be grouped by how they are measured (imaging, molecular, and physiological) or by what they measure (risk, prognostic, predictive, and response). These different classifications help to frame both ways of thinking about biomarkers: Biomarkers must be measured in some way (preferable non-invasively) and they must measure something that tells us how patients compare to those without a condition. This is why it’s helpful to remember that biomarkers measure biological processes and through a series of steps to validate and demonstrate their usefulness, ranges are established that designate “normal” biologic processes. Once a biomarker becomes validated, which means it has been shown to demonstrate how a certain measurement is affected by dysfunctional processes (like the brain of somebody with epilepsy), then a biomarker can be used to establish where a patient falls in the condition spectrum.

Since epilepsy is a condition where onset is not clearly understood, biomarkers have added importance when it comes to clinical trials. In previous studies, study participants were about 20% likely to develop epilepsy; researchers hope with more sensitive and specific diagnostic biomarkers, they can better predict the likelihood that study participants enrolled will develop epilepsy, which would then dramatically reduce the costs of clinical trials and drug development discovery. Then, with less cost-prohibitive preclinical and clinical research, the hope is that there would be increased research into epilepsy and its potential biomarkers.

Overall, for diagnostic biomarkers, there is promise: Two genetic and molecular biomarkers are being investigated; imaging studies have yielded several compelling imaging parameters; and six studies have identified at least potential electrophysiology biomarkers.

Potential biomarkers that could be used to predict progressive epilepsies

Whenever any patient is diagnosed with a chronic condition, monitoring that condition to ensure it doesn’t get worse or to ensure that therapies are effective, validated biomarkers are important. In epilepsy, researchers hope to find biomarkers that can predict which patients will progress to the point of needing aggressive therapies such as surgery. If these biomarkers can be found, researchers can then see if there might be possible therapeutics that could be used for the patients they predict will worsen with the intent of preventing that worsening from occurring.

Two studies have evaluated patients with drug-refractory and drug-responsive epilepsy to investigate biomarkers that predict which patients respond, which don’t, and why. Not only do these biomarkers help to expedite the treatment plan for the patients, but they might also be used in drug discovery and drug development to better hone the strategies used by drug developers. Again, biomarkers are guideposts for every part of the disease.

One study found more than 40 genes that were either upregulated (meaning increased production) or downregulated (decreased production) in the transcriptomic signatures of patients who had epilepsy surgery. While it’s likely all of these genes will become validated biomarkers, it’s promising to have a few dozen to continue evaluating.

This is probably the area of epilepsy biomarker research with the scarcest amount of available research. It seems, based on these authors’ perspective, that the reason for the lack of biomarker research in this area is the lack of validated biomarkers elsewhere. Therapeutically-relevant biomarkers rely on other biomarkers which are used to predict therapy response, monitor treatment, and biomarkers that evaluate how the drugs affect the patients.

This field also seems to be scarce. Though in one study, at least four genes and 7 RNA probes were found to be downregulated in patients who became seizure-free after surgery compared to their non-seizure-free peers.

Conclusions & the future of epilepsy biomarkers

While there are no currently validated biomarkers at this time, there is extensive research happening in the field with some promising biomarkers available. It’s also important to remember that while some researchers are focusing on biomarker research, others are focusing on treatment, prevention, and curing the condition. It’s also promising that one biomarker used in the clinic is measured by non-invasive EEG.

The Epilepsy Foundation has funded certain research for biomarkers that can be used to predict sudden unexpected death in epilepsy patients (SUDEP).

Much more research must be conducted, but there is promise for the epilepsy community.