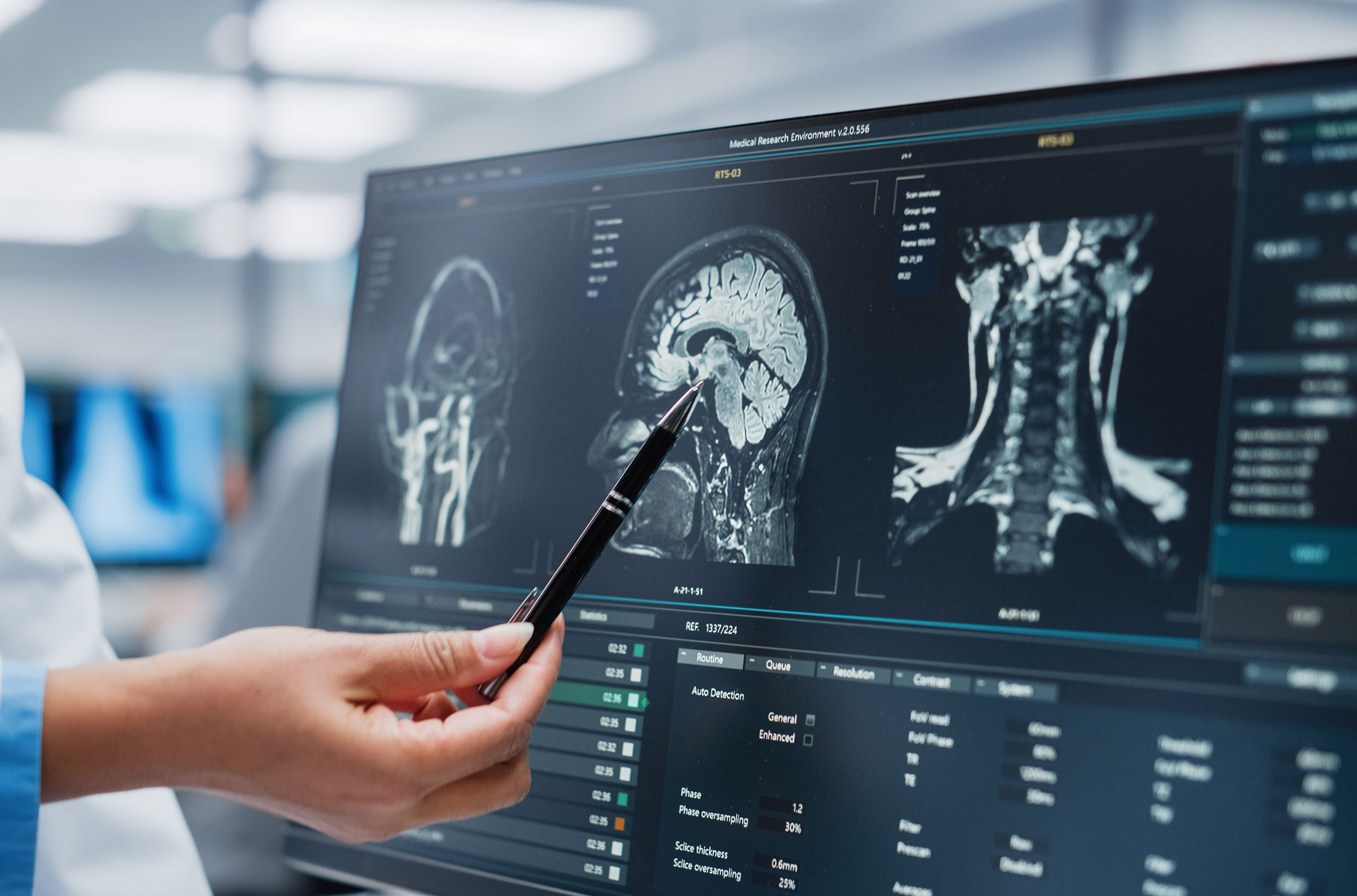 No validated biomarkers exist in epilepsy. Without biomarkers, it’s challenging for researchers, clinicians, and patients to have an objective way of measuring the condition. Biomarkers, or measurements of normal biological function, guide researchers in their pursuit of diagnostic and therapeutic approaches; they provide clinicians with metrics that provide insight into disease-specific mechanisms which then allow for finer monitoring of the condition with a more granular understanding of progress for the patient; and for patients, these provide something tangible to support their perspective on how they’re feeling. As always, nothing is perfect: Sometimes we might feel fine despite a biomarker worsening since the last measurement or alternatively sometimes a biomarker has improved while we feel the same. This is why it’s so important that nothing is considered completely independently when it comes to a health condition — and this is why the best care for patients is one that is built upon a collaborative, compassionate, mutually respectful relationship between patient and clinician.

In August of last year, researchers developed and validated a possible EEG biomarker for epilepsy that outperformed all other current leading (but not validated) EEG markers. This biomarker, which they named neural fragility, shifts the paradigm of epilepsy biomarkers from focusing on individual metrics that measure something specific and independent to a network-based approach.

50 million people across the world have epilepsy. Around 30% of those people don’t respond to therapy (or more exactly, these are patients who experience continued seizures after two trials of anti-epileptic drugs), known as “drug-resistant epilepsy” (DRE). It’s important for everybody with epilepsy to have clinical biomarkers that increase clinicians’ ability to monitor and evaluate their progress, but for patients that don’t respond to available drugs, these biomarkers become even more critical. Consequentially, those with DRE are at higher risk of sudden death, have more extensive epilepsy-related burdens including hospital stays and wage losses, and contribute more significantly to the overall cost of epilepsy care in the US. People with DRE often undergo surgical resection or disconnection of what’s called the “seizure onset zone” (SOZ). Even then, not every patient who gets an epilepsy-related surgery will not respond: surgical success rates vary broadly ranging from 30 to 70%. This broad range of success indicates that much remains to be understood with regards to the underlying pathophysiology that contributes to epilepsy (and specifically DRE) and also how to best assess which patients are candidates for a successful procedure. When clinicians are able to resect or disconnect the SOZ, patients with DRE see complete remission of their seizures.

For the question of drug-resistant epilepsy, without having a stronger understanding of what causes those patients to resist therapy, without a biomarker or clinical marker to inform the surgery or predict whether surgery will be a success, clinicians are not able to improve their strategies as effectively or efficiently. In an effort to provide a stronger understanding of the underlying pathophysiology of seizure onset and to simultaneously provide a strategy for predicting surgical success, researchers developed an invasive EEG-based biomarker that outperforms all other EEG-based biomarkers by at least 13%. This biomarker, neural fragility, is especially helpful as it takes into account network dynamics since the neuronal connections of the brain form a complex web of interactions and interdependencies as epilepsy is at its core a network disease.

Much of the issues that come with drug-resistant epilepsy — and even just more broadly when it comes to treating conditions — comes down to a lack of contemporary understanding of a specific question. To properly understand how to treat an individual’s epilepsy, clinicians need to be able to effectively and accurately determine not only the “epileptogenic zone” (EZ) but they also need to localize the seizure onset zone (SOZ), which has proven to be a particularly difficult challenge. The epileptogenic zone comprises both the seizure onset zone and the early propagation zone (EPZ). These two zones, the SOZ and EPZ, define the two “beginnings” that occur with epilepsy: the SOZ is where the first electrophysiological changes which can be seen on iEEG but mostly come before the patient demonstrates any clinical manifestations; and the early propagation zone is the zone where changes are seen in the brain when the patient begins demonstrating clinical symptoms of a seizure.

A major reason clinicians struggle to localize the epileptogenic zone is that seizures don’t always stem from the same place in the brain and it’s unreasonable to think that any given patient could be constantly monitored for any early seizure activity in the seizure onset zone. Localizing this zone is thus the first major hurdle before a surgical resection or disconnection can be accomplished since without localizing where the seizures originate, clinicians may not effectively resect or disconnect the trigger of the problem. What the researchers hoped to accomplish — and their early evidence is promising — with their validation of “neural fragility” is to take into account the network dynamics foundation of the brain and validate a biomarker that successfully locates the seizure onset zone. Given a biomarker that successfully locates the seizure onset zone more effectively than current methods, surgical success rates are likely to increase. That’s a direct benefit to the patient community, but this biomarker has a more widespread impact: This also gives researchers a more effective tool to researching the seizure onset zone and epilepsy, which means this biomarker can be an important tool for clinical research and therapeutic development.

Neural fragility as a biomarker and its implications

So what actually is the new biomarker, neural fragility? Epilepsy is a network disease, but what does that actually mean? It means that no region of the brain exists independently of other regions of the brain so a perturbation in one neuron affects other neurons. In effect, each neuron is a “node” in the complex web of neurons in the brain and occasionally a neuron is over-excited or under-inhibited. Neuronal perturbation doesn’t automatically result in a seizure, but why it does sometimes but not others is not clearly understood. This is where neural fragility comes into play: Neural fragility “measures the degree network nodes are imbalanced.” The researchers specifically define “neural fragility” as the “minimum-energy perturbation applied to the node’s weights on its neighbors before rendering the network unstable.” Once a network bounds into instability, a seizure occurs.

The authors explain how a fragile node translates to a seizure:

The figure below, published in the neural fragility paper, depicts how a perturbation at one neuronal node translates to broader effects across interdependent neuronal nodes. After they determined the success rate of their biomarker, they also compared neural fragility to other leading biomarker candidates. Neural fragility outperformed all other markers by at least 13%. They emphasize its success, high degree of interpretability, and capability of being integrated into the conventional clinical workflow, which means that this biomarker would not be burdensome to implement on a broader scale when monitoring patients with epilepsy and evaluating whether they’ll have successful surgeries if they might require one.

The authors offer not only a new biomarker but a new approach to analyzing the electrophysiological underpinnings of epilepsy etiology:

Rather than analyzing iEEG data at the channel and signal processing level, we seek to model the underlying network dynamics that might give rise to seizures in the form of neural fragility in a dynamical network model.

While this evidence is promising at this point, it’s not quite there and will require subsequent reproducibility, especially in a prospective clinical setting, before it can become standardized.

As the authors of the paper state:

Neural fragility is a paradigm shift in the EEG analytics space.

Neural fragility shifts the way researchers evaluate seizure onset from individual components to a network-based approach in an effective manner. This should assist clinicians in their endeavor to improve surgical outcomes in epileptic patients. It also gives the researchers a more nuanced tool that accounts for the more complex picture of epilepsy and resulting seizures in the brain which will improve fundamental understanding of epilepsy and the brain.

The most remarkable potential of this paradigm shift is captured in the authors’ discussion for how neural fragility could be used to design more personalized epilepsy treatment plans:

Neural fragility has the potential to re-define how epilepsy surgery is performed, departing from the classical “localization paradigms” and “en-bloc resections” to a personalized “network-based” user-friendly visualization and surgical strategy. By developing a 3D (brain region, time, fragility) network-based method for anatomical representation of the epileptiform activity, including the seizure onset areas and the early propagation zone, this study will have the potential to offer a safer, more efficient, and cost-effective treatment option for a highly challenging group of patients with disabling DRE.

With how promising this study was, neural fragility may one day become the most effective validated biomarker for drug-resistant epilepsy.