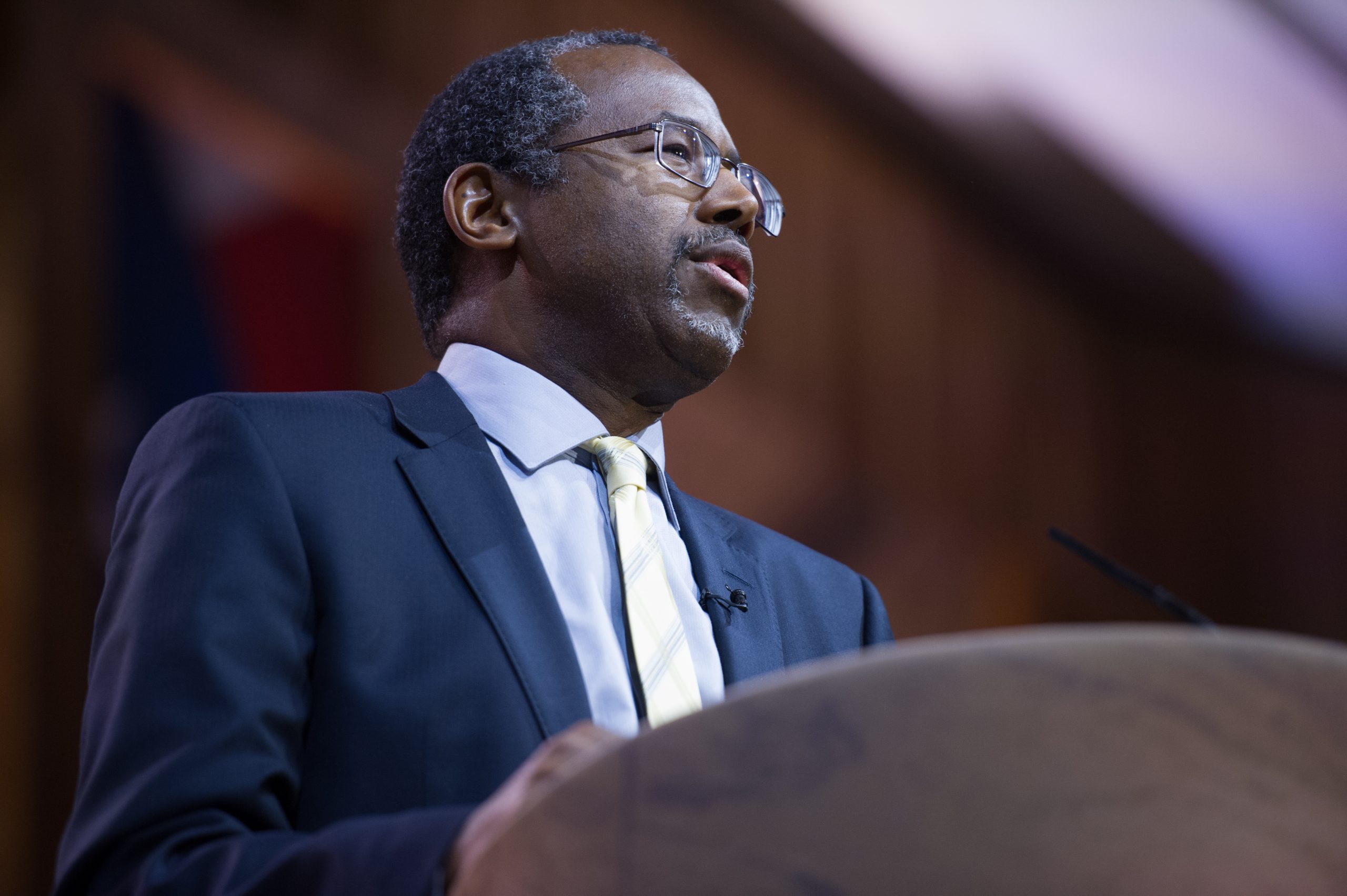 In honor of Black History Month, we’re discussing the major accomplishments of Dr. Ben Carson, who was the first neurosurgeon to successfully separate craniopagus twins and was the youngest chief of pediatric neurosurgery in the United States at just age 33.

Benjamin Solomon Carson was born September 18, 1951, in Detroit, Michigan. His parents divorced when he was 8, and he lived with his mother and brother throughout his childhood. He was initially a poor student until his mother tasked him and his brother to read two books a piece from the Detroit public library and submit written book reports to her every week – even though she couldn’t read (unbeknownst to her sons). After just a year and a half of this, Dr. Carson shot up to the top of his class.

After earning a scholarship to Yale University, Dr. Carson received a bachelor’s degree in psychology in 1973. He earned his medical degree from the University of Michigan in 1977. He then completed a residency in neurosurgery at Johns Hopkins University Medical School. When he first came to Johns Hopkins Hospital as a resident, Dr. Ben Carson was mistaken for an orderly on several occasions. “It wasn’t deliberately racist. It’s just that orderlies were the only black hospital employees these people had ever seen before.” He later became director of pediatric neurosurgery in 1984, the youngest in US history at age 33.

In 1985, Dr. Carson revived the Hemispherectomy, which is a surgery that involves separating or entirely removing an entire hemisphere of the brain. The purpose is to stop or lessen seizures when the patient doesn’t respond to drugs. This procedure had fallen out of favor due to post-surgical complications, including bleeding, infection, and issues in the newly emptied cranial cavity.

After meeting a 4-year-old plagued by 120 seizures a day, Dr. Carson decided that medicine had advanced enough to take the chance. “I reasoned that she was having so many seizures that she had no life, so there was not really anything to risk,” he said. “And there might be a whole world to gain” (source). His patient underwent several months of physical therapy to correct paralysis on the opposite side of her body. Still, she recovered well without losing speech and went on to take up tap dancing. Hemispherectomies are primarily performed on young children, whose brains are still very flexible and can adapt to take over the functions of missing cells.

Siamese twins, or the more accurate term conjoined twins, occur when an embryo partially separates to form two individuals that are still physically joined. In 1987, there had never before been a successful separation of conjoined twins connected at the head (these were specifically occipital craniopagus twins – joined at the back of the head, with two separate brains). After German parents sent a request to have their conjoined twins operated on at Hopkins, Dr. Carson was on the case. The surgical team, which involved 70 surgeons, nurses, and assistants and another 70 support staff members outside, spent five months rehearsing. The procedure took a total of 22 hours. It involved the radical treatment of inducing hypothermia, cooling the body to 68 degrees Fahrenheit to slow brain metabolism, which allowed surgeons to stop blood flow for an hour without causing damage. The twins were successfully separated and went home to Germany.

Dr. Carson would learn from this procedure and, in 1997, go on to lead a team of South African and Zambian surgeons in successfully separating type 2 vertical craniopagus twins (joined at the top of the head, facing different directions). “Dr. Carson was also known for having performed the first successful rescue of a hydrocephalic twin using an intrauterine shunt.” (Source)

The Carson Scholars Fund, Inc. was founded in 1994 by Ben and Candy Carson, believing that “if children could be taught early to excel, they would stay motivated and have a higher chance of educational success later in life.” (Source). The $1000 scholarships were awarded beginning in 1996, given to students who embraced high levels of academic excellence and community service.

A second program was founded in 2000, called The Ben Carson Reading Project, stemming from Dr. Carson’s childhood of book reports. This initiative provides funding to schools to build warm, inviting Reading Rooms for kids to escape into the many worlds of books.

After growing interest in politics, Dr. Carson appeared at the National Prayer Breakfast in 2012, where he was very critical of U.S. Pres. Barack Obama, who was in attendance, and the resulting media attention made Carson famous in conservative circles. Dr. Carson ran for President of the United States but dropped out in 2016 after failing to win any states during the early primary election season. He was appointed secretary of the Department of Housing and Urban Development in 2017 and sought to reduce anti-discrimination regulations before stepping down in January 2021.