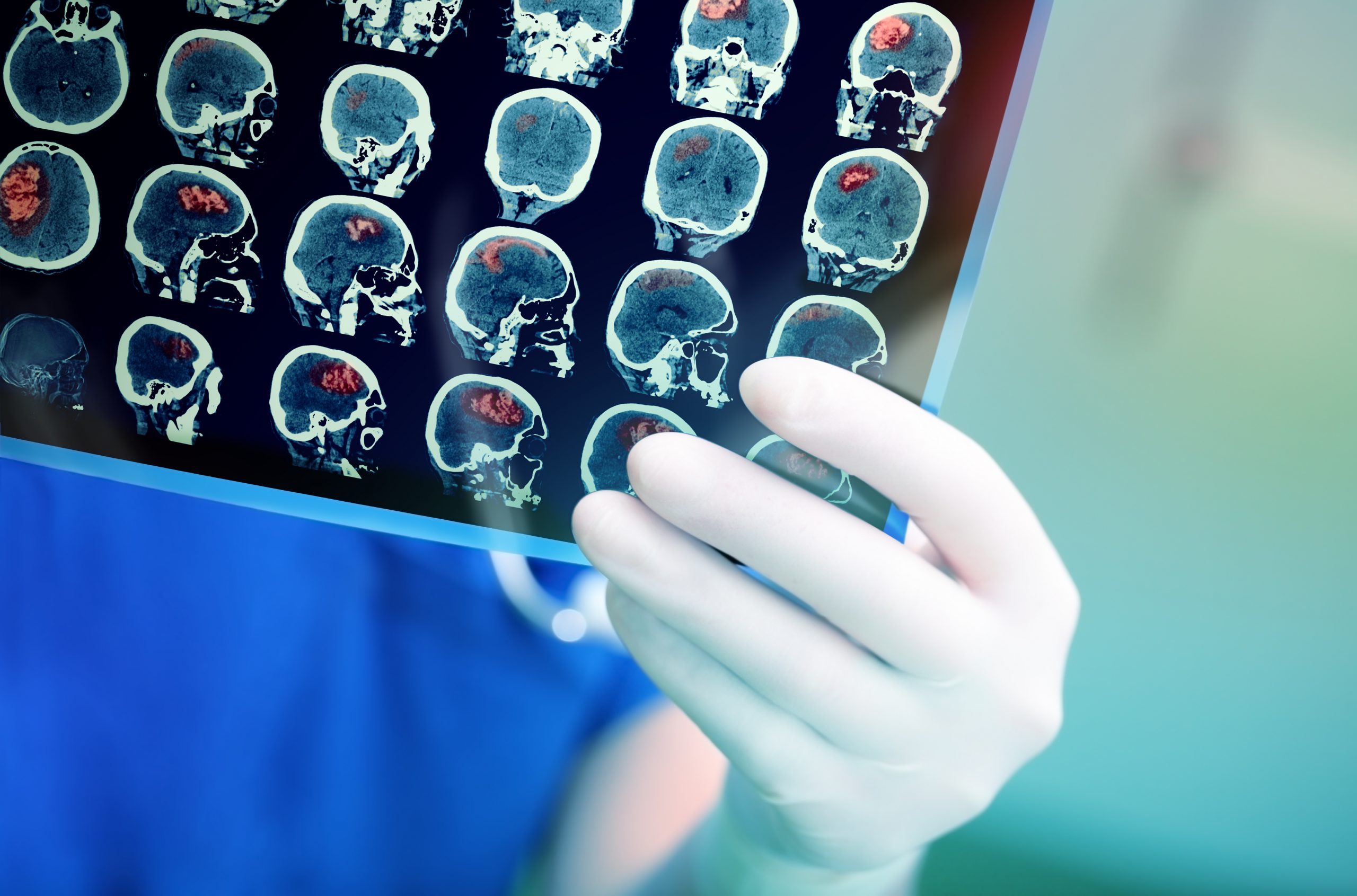 Immune system and stroke: An investigation

“Stroke is an affliction of mankind.”

The American Stroke Association reports that stroke is the No. 5 cause of death and a leading cause of disability in the US. Stroke itself can result in an increased risk of dementia. The importance of preventing stroke – and increasing the medical community’s ability to diagnose and treat stroke – can’t be overstated. Unfortunately, as of now, therapeutic options are limited. Researchers are working to better understand the full scope of stroke while also working to determine new strategies for therapeutics. One compelling option is to develop therapeutics that interact with stroke survivors’ immune systems. A researcher at Yale, Dr. Lauren Sansing, is studying stroke and immune system to further her team’s understanding with the hope that the immune system – which might result in more harm in stroke survivors – can be harnessed to improve the likelihood of recovery for survivors.

There are two main types of stroke: Ischemic stroke and hemorrhagic strokes. Ischemic strokes, which account for around 85-87% of strokes, are the result of an obstruction in blood vessels, usually due to a fatty deposit, that restrict blood flow to the brain. Hemorrhagic strokes are less common; these are due to a weakened blood vessel rupturing and leaking blood into the surroundings, resulting in compressed brain tissue. Hemorrhagic strokes can be caused by aneurysms or arteriovenous malformations. There are also transient ischemic attacks, known as mini-strokes. In some cases (some estimate 1 in 3 ischemic strokes), no known cause can be found. These are called cryptogenic strokes. Lastly, there are brain stem strokes.

Diagnosing strokes can require a battery of information, including medical history, physical and neurological exams, lab tests, and imaging scans.

In medicine, conceptual frameworks are often used to categorize things in similar ways. In terms of the human body, we group “systems” by organs that work together to perform complex functions. There are many organ systems, including the respiratory system, circulatory (or cardiovascular) system, skeletal, and muscular systems. These systems are all composed of different organs and they all have different functions; in some cases, there are systems that comprise some of the same organs but have different functions, such as the digestive and excretory systems or the immune system and the lymphatic system. The organs considered to be part of systems, while they might work together to perform the complex functions, also must work together with tissues and organs contained in other bodily systems. For example, your respiratory, cardiovascular, muscular, skeletal, and integumentary systems are all working together when you exercise: your muscular and skeletal system work together to move your limbs in a concerted motion; your integumentary system works to cool you down by producing sweat; your cardiovascular system and respiratory system work together to increase the amount of oxygen in the body by inhaling more oxygen (and expelling carbon dioxide) while your heart pumps blood — and oxygen — to your muscles, which in turn break down the oxygen and produce carbon dioxide that is eventually expelled. Our bodies are interconnected, so attempting to separate them — and the conditions that might be mostly associated with a single organ system — usually doesn’t capture the full implications of a condition or that organ system.

In the case of stroke, this notion of organ system exclusivity has been challenged over the last few decades; as one journal article puts it, “the long-standing dogma that stroke is exclusively a vascular disease has been questioned by extensive clinical findings of immune factors that are associated mostly with inflammation after stroke.” In other words, clinical findings suggest that there is a much deeper connection between the immune system and a condition that has been considered a cardiovascular disease for decades. This clinical evidence has been further supported by preclinical studies. The aforementioned authors then go on to say “It is now accepted that inflammation and immune mediators are critical in acute and long-term neuronal tissue damage and healing following…stroke… [T]he mechanisms of how inflammatory cells and their mediators are involved in stroke-induced neuroinflammation are still not fully understood.”

As I mentioned above, prevention of stroke is incredibly important. Once stroke occurs, though, time is of the essence to minimize as much damage as possible and increase the likelihood of survival and recovery. By understanding the mechanisms at play, researchers like Dr. Sansing hope to develop therapeutics that utilize the body’s immune system to increase the likelihood for recovery, have a broader window of therapeutic efficacy, lesser likelihood for hemorrhages, and treatment for both the acute and chronic phases of damage. Furthermore, prevention of stroke is not just about preventing the incidence of stroke; those who have had a stroke and survived are twice as likely to develop dementia. Just as organ systems are interconnected, so are many health conditions, especially when they affect the same organs.

Another paper, titled “Immune responses to stroke: mechanisms, modulation, and therapeutic potential” outlines the crux of the struggle in understanding the immune system’s role — early evidence suggests its role could be positive and negative — in responding to stroke over the course of the short and long-term. Of the acute phase, the authors write, “innate immune cells invade brain and meninges and contribute to ischemic damage, but may also be protective. At the same time, danger signals released into the circulation by damaged brain cells lead to activation of systemic immunity, followed by profound immunodepression that promotes life-threatening infections.” As for the chronic phase, “antigen presentation initiates an adaptive immune response targeted to the brain, which may underlie neuropsychiatric sequelae, a considerable cause of poststroke morbidity.”

As researchers work to elucidate the impact the immune system has on stroke survivors, they must consider both components of the immune system. Innate immunity, as opposed to adaptive immunity, relies on low affinity allowing for innate immune cells to recognize a broad swath of potential threats. Innate immunity eliminates agents it identifies as foreign or threatening through a large-scale indiscriminate attack on the invaders. Alternatively, adaptive immunity is more strategic and tailored to specific threats but it also takes longer for the body to develop an adaptive immune response. When we get vaccinated, we are teaching our body’s adaptive immune response to recognize an antigen. Our immune systems are not perfect; sometimes, our innate or adaptive immune responses don’t kill all the viral particles thus we get sick; other times, our body triggers an immune response to something that isn’t a threat or there is no threat at all, leading to allergic and autoimmune reactions. So then the goal is to understand these immune responses — which are generally positive and necessary to reduce our likelihood of getting severely ill — when our bodies experience ischemia and the resulting damage that occurs when blood flow to the brain is limited.

Stroke causes clinical complications because restricted blood flow to the brain results in damage to the brain cells, thus triggering an immune response. The innate immune response results in a cascade of biochemical interactions which affect the brain. Perhaps surprisingly (or not if you remember the interconnectedness of our body), this cascade of biochemical interactions also triggers a systemic immune response in other parts of the body outside the brain. This happens because when brain cells are damaged, molecules are released that are identified by microglia, the primary innate immune cells in the brain, which results in several more biochemical interactions that further cause brain damage. These molecules that precipitate this biochemical cascade “leak into the circulation and activate systemic immunity, mobilizing innate immune cells from lymphoid organs and the gut. The increase in gut permeability may release bacteria and their metabolites into the circulation.” After this systemic immunity is activated, the stroke survivor experiences immunodepression, “which increases the propensity to post-stroke infections.”

The immune system’s impact on the brain and body after stroke is not limited to the hours after ischemia. The impacts of ischemia — and therefore the immune system’s role — can last months to years. This is where the difference between innate and adaptive immunity is particularly relevant. This mechanism is not clearly understood but the authors of the article mentioned above propose a theory based on theirs and others’ research. Essentially, what their theory posits is that brain-damaged cells continue to release antigens into the brain and the bloodstream. Eventually, these antigens reach the peripheral lymphoid organs which view these antigens, as produced by the brain-damaged cells, as foreign threats, producing immune cells that view these brain cells as foes. These newly-formed cells that view the stroke survivor’s own brain cells as intruders eventually return back to the brain where they then attack the brain cells and cause chronic inflammation. Again, this mechanism has not yet been validated, but might explain the chronic phase of stroke.

Researchers have posited that monocytes might be the reason for neuroprotection in some stroke survivors but this remains controversial “as it varies on timing and the degree of damage.”

Ultimately, the connection between the immune system and acute, subacute, and chronic post-ischemia recovery is not completely clear just yet. That researchers are researching stroke from a multi-system lens after decades of mostly focusing on the cardiovascular aspects of stroke is positive. This multimodal lens opens the door for other strategies – including therapeutics that capitalize on the body’s own immune system – of therapeutic development. Researchers continue to make progress on this importable subject, but much research has to be done before the full implications of the immune system’s impact on stroke recovery are understood.

To conclude, the authors of the paper titled “The immune system and stroke: from current targets to future therapy” capture the complexities – positive, negative, neutral – of the immune system’s effect on stroke, and its potential utility in developing therapeutics:

“Thus, it is now widely accepted that many elements of the immune system have multifaceted roles in stroke, often switching between beneficial and detrimental phenotypes. Functional polarization occurs as a result of local or systemic stimuli, both of which are affected by disease progression. The existence of this dual-edged immunity, coupled to the phenomenon of stroke-induced immunosuppression, will have to be taken into consideration to develop effective stroke therapies.”