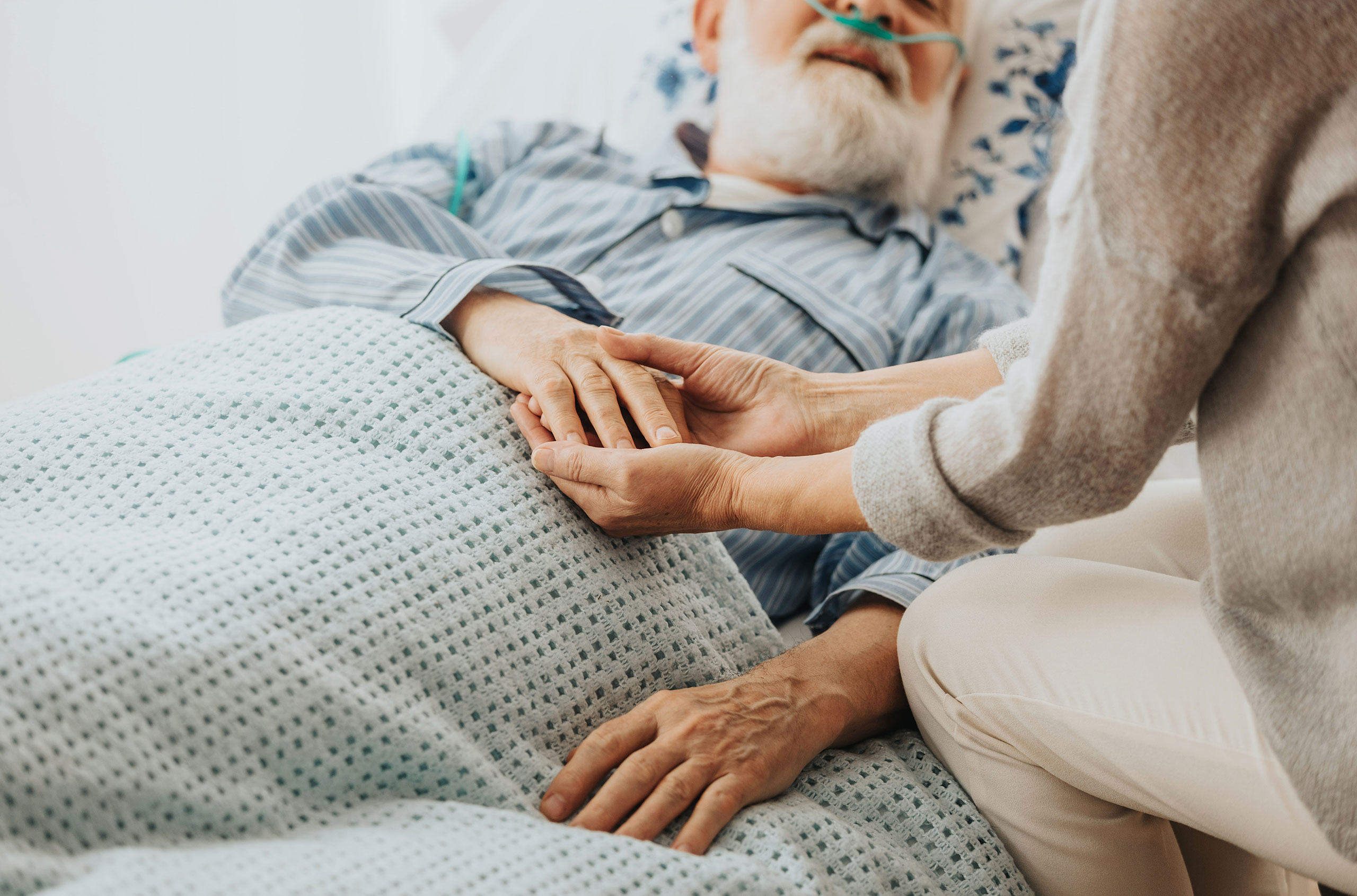 Near-death experiences (NDEs), as they are defined in medical and scientific literature, occur in about 17% of people who have a close encounter with death. Usually these encounters with death are more than close, occurring in people who go into cardiac arrest and actually experience a brief moment of cardiac death before being resuscitated. Not every NDE is the exact same, but there are more similarities than you might expect for many people. They can be positive or negative, but most of them have lasting effects, not on the body but on the mind.

In medicine and science, there are subjects that are firmly within the realm of contemporary research. Subjects like the study of the heart were once relegated to fringe — or even clandestine — scientists. That isn’t to say that we should encourage illicit or unethical research, but where there is a research interest, there must be consideration about how to research subjects ethically and intelligently. Other subjects, some of which were also ethically controversial or at least ambiguous, such as the study of elements and chemical reactions or the study of planetary orbits, were also once considered outside the scope of contemporary science. These subjects only became entrenched, further studied, and eventually shown to have a preponderance of empirical support because researchers developed hypotheses and performed experiments that then inspired and informed future research. For topics like NDEs, which are a phenomenon that have been written about for centuries, they should be regarded as serious inquiries deserving of research — and that research should be unequivocally ethical. Investigating NDEs further could have potential implications for many compelling questions in neuroscience and philosophy. A few such questions that might be better informed with deeper research into NDEs include how neurobiological insult in epilepsy, amyotrophic lateral sclerosis (ALS), Alzheimer’s dementia, and others results in altered neurological function.

So what are NDEs, what do these experiences look like within the brain and for the patients who experience them, what other potential implications in other neurological conditions, and what are some current challenges NDE researchers are confronting? All of that and more will be covered below!

At the University of Virginia School of Medicine, they have a research unit called the Division of Perceptual Studies part of their Psychiatry and Neurobehavioral Studies department. DOPS, as it’s called, is one of the pioneers in near-death experience research. They define NDEs as “intensely vivid and often life-transforming experiences, many of which occur under extreme physiological conditions such as trauma, ceasing of brain activity, deep general anesthesia or cardiac arrest in which no awareness or sensory experiences of any kind should be possible according to the prevailing views in neuroscience.” Further, they point out some commonalities among those who experience a near-death experience; these include feeling very comfortable and free of pain, a sensation of leaving the body, sometimes even being able to see one’s own body from above, a light at the end of the tunnel, and even a flashing of one’s memories. Not everybody who is resuscitated or who has cardiac arrest will experience an NDE, nor will everybody who experiences them has a positive experience. Real-life examples of people who experience NDEs are not necessarily recent, either: a British Navy admiral even wrote about his NDE in 1791; it’s also speculated Ernest Hemingway had an NDE in 1918 during World War I.

As to what is actually happening and why, researchers are currently stumped. As those who experience NDEs often have such intense sensory experiences, confounding variables are important to consider; could those who report them be imagining their experience based on what they had heard from others who had also experienced temporary death? While this question might seem insensitive, a cornerstone of science is the ability to test hypotheses and make measurements. To account for this, leading researchers have developed a validated questionnaire that now informs current research: the Near-Death Experience Content (NDE-C) scale. Additionally, NDEs are reported in people in different age ranges, different races, gender, cultures, and even different religions, including those who are not religious at all.

In an article titled “Near-death experiences in cardiac arrest survivors,” the author summarized the put-forth explanations for what is actually happening when somebody experiences an NDE. The theories vary from the spiritual to the psychological to the biological. An excerpt:

Spiritual theories assume that consciousness can become detached from the neural substrate of the brain and that the NDE may provide a glimpse of an afterlife. Psychological theories include the proposal that the NDE is a dissociative defense mechanism that occurs in times of extreme danger or, less plausibly, that the NDE reflects memories of being born. Finally, a wide range of organic theories of the NDE has been put forward including those based upon cerebral hypoxia, anoxia, and hypercarbia; endorphins and other neurotransmitters; and abnormal activity in the temporal lobes.

Fascinatingly, not only are NDEs compelling from a purely intellectual perspective and their broader implications for neurological conditions (we’ll get to that in a second), but they also have a deep impact on the lives of near-death experiencers afterward. In one article that examined the prevailing lines of evidence for NDEs, author Dr. Jeffrey Long references a survey where those who had an NDE were asked whether or not their experience resulted in changes in their lives: nearly 80% reported large or moderate changes in their lives while only 5% reported no changes. In another survey, this time of two cohorts of people who had cardiac arrest divided by those who had had an NDE and those who did not, those who had had an NDE were statistically significantly more likely to “have a reduced fear of death… interest in the meaning of life, acceptance of others, and were more loving and empathic” at two years after and eight years after their heart attack. That both groups of these people had experienced the same physical trauma, but that one group was more likely to have such significant mental and behavioral changes nearly a decade later might not definitively prove anything specific, but it does demonstrate a strong argument for NDEs not being totally imagined and worthy of continued investigation.

In an article about NDEs for Scientific American, Christoph Koch notes “Many neurologists have noted similarities between NDEs and the effects of a class of epileptic events known as complex partial seizures. These fit partially impair consciousness and often are localized to specific brain regions in one hemisphere.” Further, there are rare seizures called “ecstatic epileptic seizures” which result in “ecstatic auras [that] provoke feelings of well-being, intense serenity, bliss, and ‘enhanced self-awareness.’ They are associated with the impression of time dilation, and can be described as a mystic experience by some patients.” The researchers go on to state that the functional neuroanatomy explaining these seizures is still debated.

Since NDEs typically happen in traumatic environments, it is difficult for researchers to investigate what is happening in the brain using imaging technology. One study attempted to use EEG to do that by using hypnotic modulation with a group of people who had had a positive NDE. These researchers asked near-death experiencers to recall two memories — their NDE as well as another positive emotional event that happened to them around the same time — under regular consciousness and during hypnosis. While this was a small (n = 5), within-subject study, it serves a purpose as a promising first step. The researchers concluded, “This study provides a proof-of-concept methodology for studying the phenomenon, enabling to prospectively explore the NDE-like features and associated EEG changes in controlled settings.”

NDEs and certain types of epileptic seizures share some similarities but that’s not where near-death experiences’ relevance to neurological conditions ends. Though researchers are unsure of how frequently it occurs, there is a documented phenomenon — termed “paradoxical” or “terminal lucidity” — in people with dementia or other neuropsychiatric conditions which results in few hour stretch of time of mental clarity, usually shortly before death. This phenomenon throws a wrench into the current understanding of conditions like Alzheimer’s which are usually considered progressive and irreversible. In a review of the available literature, researchers concluded “paradoxical lucidity, if systematically confirmed, challenges current assumptions and highlights the possibility of network-level return of cognitive function in cases of severe dementias, which can provide insight into both underlying neurobiology and future therapeutic possibilities.” Paradoxical lucidity shares an obvious parallel with near-death experiences: A currently-unexplained mental and sensory capacity or experience amidst neuroanatomical insult.

In society, there can be a stigma around discussing certain subjects. Unfortunately for patients, caregivers, and everybody involved in caring for people with any sort of condition or illness, one of these highly stigmatized subjects is death. “Death is the ultimate inconvenient truth, its inevitability a conversation that far too many doctors still go out of their way to avoid,” comments one author in a piece on the subject for the Canadian Medical Association Journal. In a report produced by the Royal College of Physicians in 2018 as part of their “Talking about dying: How to begin honest conversations about what lies ahead” project, only 8% of people with cancer who were thinking about death had shared their thoughts with their care team, and of those conversations, only 19% had been initiated by the clinician. Some clinicians were unsure of how to broach these conversations, especially when they did not view death as a certainty for that patient, either out of concern that it would cause further discomfort for the patient or that it was not their place to initiate this conversation and that it was the responsibility of the patient or caregiver, among other reasons. Some clinicians even feared that discussing death meant accepting defeat which might indicate failure on their part. Patients themselves, and their caregivers, on the other hand, are confronting an incredibly difficult subject in their own mortality which is reasonably harrowing to confront. In another study published in the British Medical Journal, 25% of general practitioners expressed reluctance to initiate end-of-life discussions.

Ultimately, determining whose “responsibility” it is to breach these subjects is not necessarily the point; the more important point is that these conversations are happening between patients, their caregivers and their loved ones, and their care teams. These conversations will become increasingly nuanced and sensitive, both in individual experiences and in broader society, as they become more normalized.

Just as NDEs and terminal lucidity require further medical and scientific research, having the difficult taboo, stigmatized conversations will improve our collective understanding of these subjects, which will hopefully improve all — patients’, caregivers’, doctors’ — experiences and outcomes.