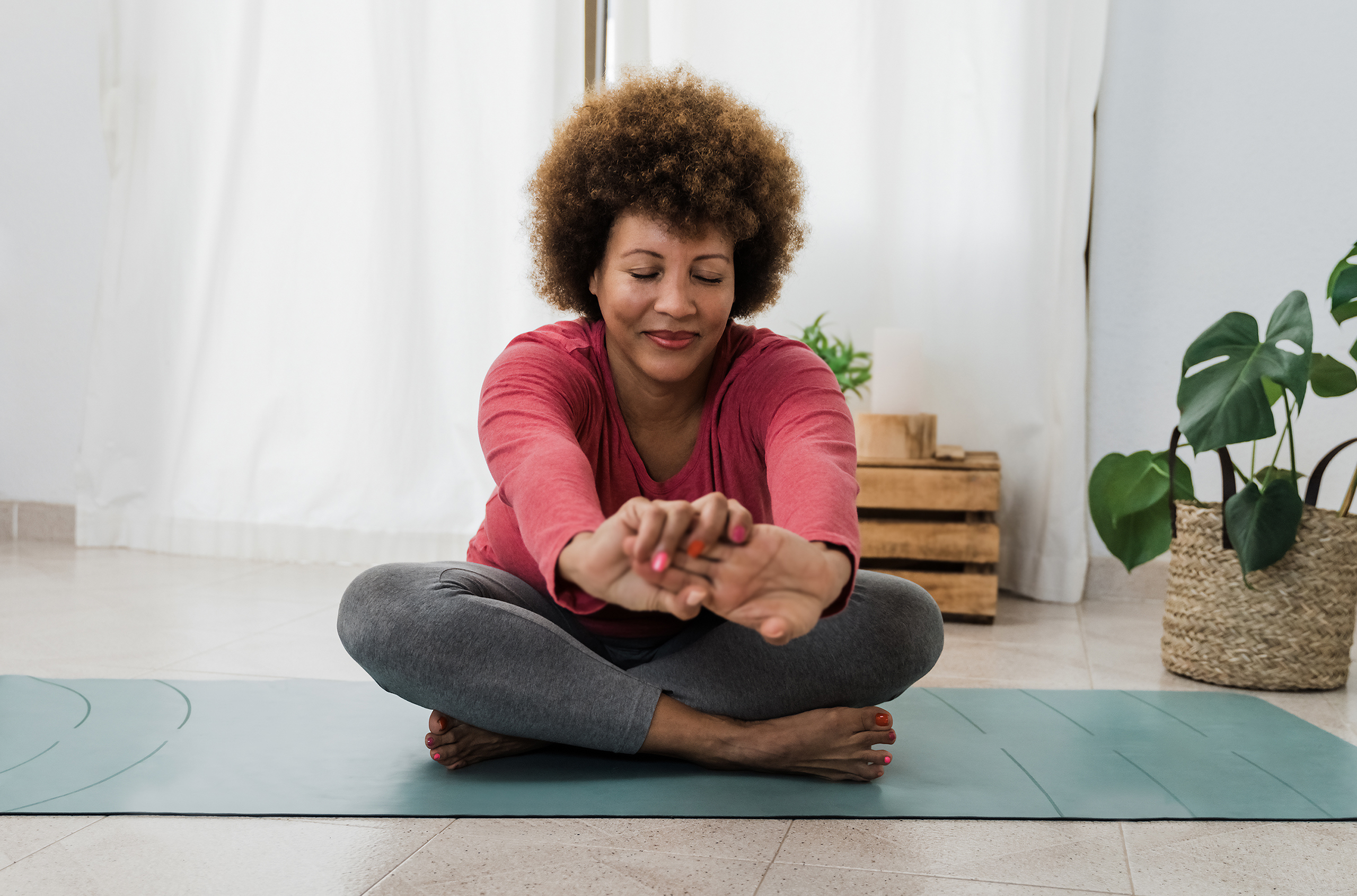 Our Minds Have a Pronounced Effect on Our Bodies: A Rumination on the Placebo Effect and Mindfulness

Clinical research operates in a world of logic, science, and evidence. Since clinical research impacts the lives of everybody — no medication reaches us as consumers without first going through extensive clinical research, though supplements don’t go through the same process (a conversation for a different day) — clinical research should be undertaken in such a way that ensures that eventual consumers of any therapeutic are only taking medications that have been found to be safe and effective. (Additionally, even if you yourself don’t have a chronic condition, all medications you consume, including analgesics such as ibuprofen, have been evaluated through clinical trials.) Of course, there are limitations to clinical research but safeguards are in place to theoretically reduce the likelihood that unsafe or ineffective therapeutics make it to general consumption. Ethics are a serious component of clinical research and act as a fundamental guidepost.

Clinical research is not only for medications that can be taken orally or intravenously; clinical research covers the scope of anything that can be used in a clinical setting, which is a much broader umbrella than how we think of most medications. For conditions that affect mental health and cognition, investigating therapeutic interventions can be more nuanced and challenging. Mental health itself is a broad term that encompasses a far-reaching amount of conditions. Mental health conditions are also not necessarily independent; they can be directly caused by other conditions or they can be comorbidities that are more common in conjunction with other conditions.

A key objective in clinical research is assessing the effects — positive, negative, and adverse — of a compound. To measure this, study participants who receive an intervention are compared to the “control” group, who receive a compound that itself has no effects, known as a placebo. The placebo arm serves to allow for the natural course of a condition without intervention which acts as a benchmark that can be compared against participants who received the proposed therapeutic. Single-blind studies are when participants are unaware of whether they received a therapeutic or placebo while the care team is aware; double-blind studies are when neither the participant nor care team knows. Once the study is concluded, researchers compare the endpoints of the different groups where they use statistical analyses to determine whether the group that received the real therapeutic had a statistically significant effect that can’t be explained by randomness. This seems relatively straightforward: If a therapeutic is doing something, the endpoints (which should theoretically be good, objective metrics for measuring the benefits of the purported agent) as outlined by the principal investigator and their team should support the benefits hypothesized by the compound. If a compound is intended to be a painkiller, then for it to succeed, it would need to be shown as safe and effective. This would be determined by the participants in the experimental arm having reduced pain compared to those in the control group. Except this is not nearly as straightforward as we would hope; in one study comparing several doses of a painkiller for HIV-sensory neuropathy, a placebo was not only as effective as the doses of the painkiller, but placebo recipients actually reported a significant decrease in pain overall. In one review article, published in the journal The Lancet, Finniss et al. make it clear that placebo effects are neither insignificant nor psychosomatic: “Recent research demonstrates that placebo effects are genuine psychobiological phenomenon attributable to the overall therapeutic context, and that placebo effects can be robust in both laboratory and clinical settings.” The underlying mechanism of these effects can be broadly explained psychologically and neurobiologically. Further, there are likely multiple unique placebo effects.

Placebo-controlled studies are considered to be useful and standard for most clinical researchers but that doesn’t mean there aren’t outstanding questions. If the placebo effect can be so robust, does that actually mean therapeutics aren’t effective? If participants are seeing improvements in the endpoints outlined, which are meant to be metrics that measure a clinically important marker for that specific condition, can that benefit be harnessed for these patients? Is it even ethical to have placebos when some participants might receive robust benefits for their health? These and other research questions are important questions, but they aren’t the only relevant ones. What we do know is that there are unanswered questions about how perception of our experiences influence our body’s response to them. The placebo effect itself is unlikely to be explained by one simply hoping a compound will help them (usually called “confirmation bias”), but the placebo effect also can’t be hand-waived away as unimportant or irrelevant.

The placebo effect is an important topic for multiple reasons. First, that the placebo effect exists at all is a powerful testament to clinical research and the scientific process. It seems intuitive that ingesting an intentionally inert pill would do nothing to our bodies but science disproved that belief. This is why the scientific process is such a powerful framework; the reason we intuit an inert pill to be ineffective at treating a condition is because of our understanding of how compounds interact with our bodies. We wouldn’t have necessarily posited that placebos would do something through psychological or neurobiological means since we didn’t have an understanding of how intertwined our minds and our brains are. This is why the placebo effect is an important topic for another reason: As we glean a better understanding of how intertwined our minds are with our bodies, we can attempt to harness this understanding to improve the treatment of many conditions and more broadly improve our lives and understanding of how our bodies and minds work. We can often find ourselves separating our mind from our brain but the reality is that our minds are housed in our brains; no other organs give rise to our consciousness. When we think thoughts, neurons in our brain fire; when we do anything and everything, our neurons fire. When multiple actions occur either in concert or sequentially, the neurons that fire during those actions become interconnected. Maybe you don’t love waking up in the morning which means you probably don’t love the sound of your alarm. That alarm becomes a tone that elicits a negative feeling in your mind when you hear it, even if you hear that alarm in the middle of the day; that’s because you’ve been (classically) conditioned to have a response to that tone. This idea is one explanation for why the placebo effect exists: “Repeated associations between a neutral stimulus and an active drug (unconditioned stimulus) can result in the ability of the neutral stimulus by itself to elicit a response characteristic of the unconditioned stimulus.”

It should be emphasized that this idea, that our minds and the neural connectivity in our brains affect the way our bodies respond to external stimuli, should not be viewed as pseudoscience or even provocative. This is not really controversial. Instead, we should view this question as an interesting research question that sits on the boundaries of psychology and neuroscience and even extends into philosophy as it relates to ethics.

The placebo effect is not the end of the road for this question. Over the last several decades, there has been a surge in research on mindfulness. During the early months of the Covid pandemic, meditation and mindfulness apps saw spikes of 25% weekly downloads compared to their pre-pandemic averages, according to the Washington Post. “Mindfulness” can mean a lot of different things in practice, but according to Greater Good Magazine (produced by The Greater Good Science Center at the University of California, Berkeley), mindfulness means “maintaining a moment-by-moment awareness of our thoughts, feelings, bodily sensations, and surrounding environment, through a gentle, nurturing lens.” Mindfulness shares a lot of similarities with a type of psychological treatment called cognitive behavioral therapy, which has shown to be effective against depression, anxiety, drug use disorders, and more. Recent evidence suggests that another similar approach, called mindfulness-based stress reduction, might even be helpful in treating migraine. The implications of these approaches are large: Researchers found that several brain structures were altered following mindfulness based intervention in people with Parkinson’s in a randomized controlled longitudinal study. In a survey of 5000 patients with Parkinson’s, it was found that PD patients were more likely to experience stress than controls and that stress worsens both motor and non-motor skills. For the patients that practiced mindfulness, the researchers concluded: “Mindfulness may improve PD symptom severity, with the strongest effects on anxiety and depressed mood.” Mindfulness (and similar approaches) has real-life evidence that supports its use in clinical environments, but as is often the case, therapeutic interventions have a goldilocks dos where there is an optimal amount; in the case of mindfulness, evidence suggests that too much can have adverse effects. To fully gauge how mindfulness affects our brains, researchers have utilized electroencephalograms (EEGs). In a systematic review published in 2015, researchers concluded that mindfulness was associated with elevated alpha and theta power in meditators, which they suggested may “signify a state of relaxed alertness which is conducive to mental health.” Other researchers have published on the need for “more rigorous approaches to evaluat[ing] the construct of meditation.”

These questions — ranging from how pronounced the placebo effect and its potential mechanism of action to mindfulness, meditation, and cognitive behavioral therapy and their potential use cases — demonstrate that the bidirectional, interconnected relationship between the architecture of the brain, the mind, and the body is intricate, fascinating, and worthy of significantly more research inquiry. There is much more to learn about these associations, including how they can be harnessed to improve clinical trial design, care for patients with many different conditions (including people with no conditions!), and far more.

Brain fog, also known as mental fatigue, isn’t a medical condition but a symptom of other conditions involving cognitive function changes. Having brain fog can make you feel spaced out, mentally fuzzy, or not in control of your mind.

END_OF_DOCUMENT_TOKEN_TO_BE_REPLACED

Near-death experiences (NDEs), as they are defined in medical and scientific literature, occur in about 17% of people who have a close encounter with death. Not every NDE is the exact same, but there are more similarities than you might expect for many people.

END_OF_DOCUMENT_TOKEN_TO_BE_REPLACED 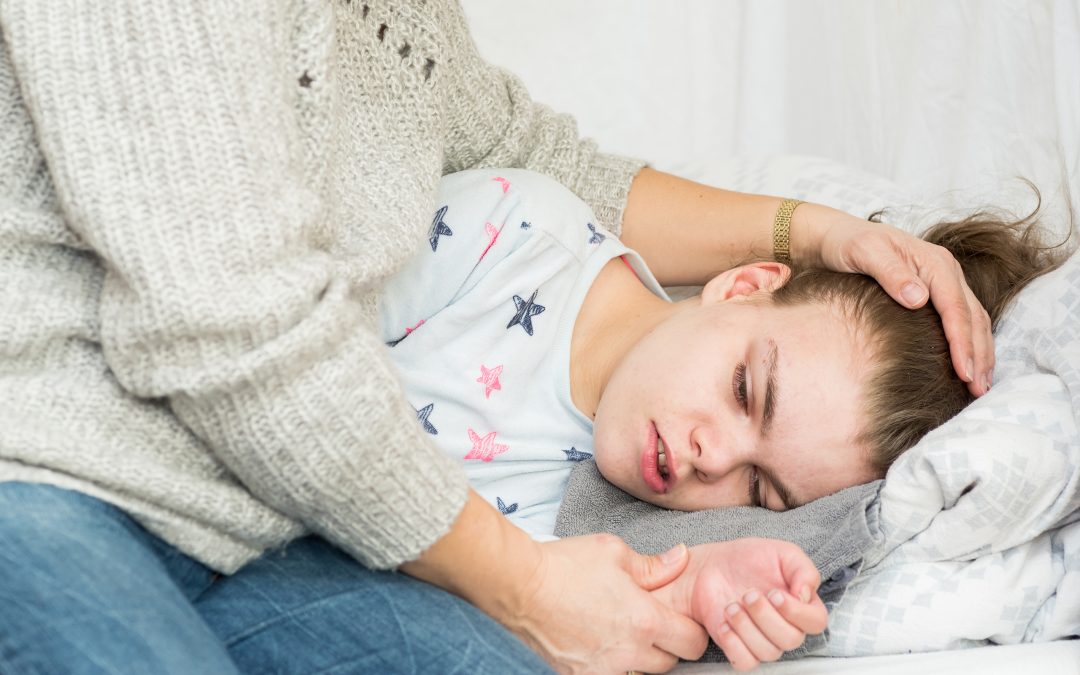 Seizures are unpredictable and can happen to anyone, anywhere. First aid for seizures is learning to identify possible seizure behavior and how to react appropriately to keep the person safe. Knowing how to recognize seizures and appropriately respond to them can help save a life.