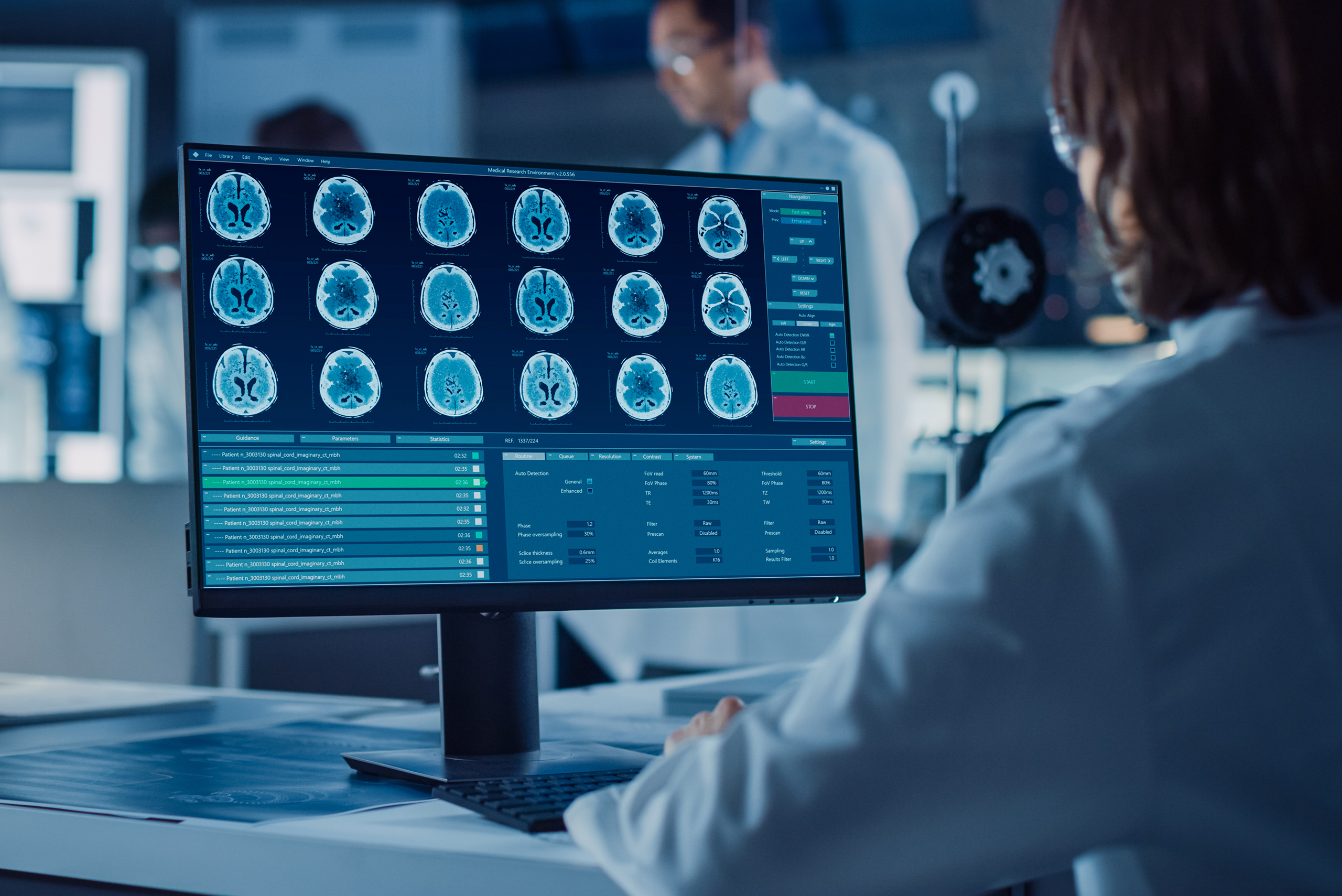 Parkinson’s, How it Differs from Alzheimer’s, Biomarkers, and the Major Challenges the Community Face

Since the discovery of dopamine as a neurotransmitter in the 1950s, Parkinson’s disease (PD) research has generated a rich and complex body of knowledge, revealing PD to be an age-related multifactorial disease, influenced by both genetic and environmental factors. The tremendous complexity of the disease is increased by a nonlinear progression of the pathogenesis between molecular, cellular and organic systems.

“The hallmarks of Parkinson’s disease” by Antony, et al.

Parkinson’s, like all conditions that affect the brain, is incredibly complex. It is a condition many probably (tragically) associate with Muhammad Ali and Michael J. Fox. Parkinson’s is also the second most common neurodegenerative condition after Alzheimer’s; between one in 100 and one in 200 people have it between the ages of 65 and 69 and rates continue to rise as people age. According to the Parkinson’s Foundation, more than one million Americans have Parkinson’s, and an estimated 60,000 are diagnosed every year. With more people living longer, the number of people with Parkinson’s is expected to increase.

Parkinson’s disease’s complexity and prevalence makes it similar to Alzheimer’s disease in more ways than one. Despite differences in symptoms and the underlying morphological presence in the brain, both conditions affect the brain, both can have dementia components, both communities have many of the same types of pressing issues. In this blog, we’re going to look at Parkinson’s, biomarkers, how it differs from Alzheimer’s, pressing issues affecting the community, and the future.

Parkinson’s is difficult to diagnose, and unfortunately, shares the same problem as Alzheimer’s and chronic traumatic encephalopathy: Only a probable diagnosis can be made in those who are alive, and a definitive diagnosis can only be made using a histopathological assessment. At its root, the predominant issue in Parkinson’s is related to the neurotransmitter dopamine, which many associate with one of its core functions in the reward feedback loop. In Alzheimer’s, the primary issue is related to the buildup of beta-amyloid plaques and tau protein in the brain resulting in neurofibrillary tangles. As for Parkinson’s, the neurons in the brain that are damaged or destroyed are the ones that produce dopamine; one of its functions might be reward, but “dopaminergic signaling pathways are crucial to the maintenance of physiological processes.” So while there is a build-up Tau protein in the brains of those with Alzheimer’s, there is a build-up of a protein called alpha-synuclein. The clumps of tau protein are called neurofibrillary tangles; the clumps of alpha-synuclein are called “Lewy bodies.” You might have heard of Lewy bodies before but in a different context such as “Lewy Body dementia,” another tragic type of dementia, which was what the late actor Robin Williams died from. Here, the difference between Lewy Body dementia and Parkinson’s (without dementia) is the placement of the Lewy bodies; in the case of Parkinson’s without dementia, Lewy bodies are in a part of the brain called the substantia nigra, which is responsible for the production of dopamine. Between 50 and 80 percent of Parkinson’s cases progress to Parkinson’s disease dementia.

What triggers this build-up of alpha-synuclein protein and the resulting clinical presentation of Parkinson’s is not clearly understood. Again, like Alzheimer’s there are environmental and genetic factors — and unsurprisingly age is the most strongly predictive risk factor — that increases or decreases the likelihood somebody will develop Parkinson’s disease, but Parkinson’s disease is “a neurological disorder with evolving layers of complexity,” which makes it incredibly challenging for researchers to discern the exact cause for any given case.

Around 80-85% of Parkinson’s cases have no known cause while a small majority occur in patients who report a family history. Moreover, “an individual’s risk of PD is partially the product of as-yet poorly defined polygenic risk factors.” This statement emphasizes the complexity of the interplay of genetic and environmental risk factors; not everybody with a certain gene or exposed to a certain environmental condition is guaranteed to develop PD, and everybody who has PD has a certain gene or was exposed to environmental conditions.

In terms of environmental factors, an unexpected correlation has been found related to Parkinson’s. Cigarette smoking (yes, cigarette smoking) has been found to reduce the risk of developing Parkinson’s. Not only that, but this correlation appears to be dose-dependent; that is, those who smoke more are less likely to develop Parkinson’s than those who smoke less. This does not appear to be a fluke (though it is important to remember the limitations of correlations; see also: Unseen Links to Alzheimers: Gingivitis and Air Pollution), as it has been studied extensively in many case-control studies and meta-analyses. As the researchers point out, “The reasons underlying this associated reduced risk are not fully understood.” They suggest it could be related to the activation of nicotinic receptors in the brain which might have a neuroprotective effect; further, nicotine augments the release of dopamine. But this lack of understanding should be more prescriptive than descriptive in this case: Since researchers are unsure of the mechanism of this reduced risk, it should not be assumed that smoking cigarettes is the right decision to reduce the risk of Parkinson’s. While there might be a component of smoking that reduces the risk of Parkinson’s, there are several health consequences to smoking including increased risk of cancer, stroke, lung diseases, heart disease, and more. If there is a lesson in this potential reduced risk effect of smoking, it is that nothing is ever usually completely good or bad; medications that mostly help us can also have side effects. This correlation should be taken as all correlations should: It is a segment of a much larger picture when it comes to understanding the etiology of any condition.

There are several pressing issues that the Parkinson’s patient and research communities are up against. All of these issues are inextricably linked to one root cause: The research community still just doesn’t understand Parkinson’s as well as they would like. This is not their fault for lack of trying; in 2020 alone, the NIH allocated $242 million to PD research. It should be noted that lack of understanding should almost never be taken to mean lack of passion or lack of trying, but it should also be noted that no time is soon enough when developing therapeutics for chronic and progressive conditions. The medical and research communities do have a decent understanding of the underlying pathophysiology of Parkinson’s but this understanding doesn’t yet translate to better biomarkers, diagnostic tools, therapeutics, or protective factors that reduce the onset or likelihood of individuals developing PD. As we saw with cigarette smoke, “protective” factors can often be confusing and counterintuitive. It would be unethical to do a population analysis and prescribe whatever it was that seems to be correlated with a reduced risk without first discerning the mechanism that actually reduces the risk. In the same way, developing or finding therapeutics that clearly improve symptoms and pathology requires researchers and clinicians to understand both the benefits and potential side effects.

As for the community itself, it desperately needs improved biomarkers, therapeutics, diagnostic tools, and prevention methods. As of now, the only therapeutics available to Parkinson’s patients treat symptoms instead of slowing progressing or improving outcomes. When it comes to research, there is also the question of prioritizing research approaches. Developing therapeutics without fully understanding etiology might not be the most strategic approach since developing therapeutics requires an understanding of why the damage to the substantia nigra translates to the clinical presentation of PD. Not only that, but therapeutic development also requires clinical trials. However, clinical trials can be time-consuming, expensive, and inefficient without having strong diagnostic biomarkers to ensure that clinical trial participants actually have Parkinson’s. Additionally, allocating more funding to quickly figuring out biomarkers might actually result in sooner therapeutics than funding a bunch of disparate projects without creating a roadmap. Of course, funding comes from many different places, and scientists are always working on all parts of Parkinson’s at any given time. As complex as Parkinson’s is, it might not be reasonable to pursue a single biomarker. Some researchers posit a “combination of different biomarkers might enhance the specificity and sensitivity over a single measure.”

While researching the literature for this blog, I read one paper that made a point about how the increasing prevalence of Parkinson’s will “result in both direct and indirect costs on both society and the economy as a whole.” This line sounds insensitive; the plight of people with Parkinson’s should not really be viewed from the lens of “costs” without first recognizing the human toll that neurodegenerative conditions wreak upon those with Parkinson’s and their families. But economic implications of diseases are relevant and they are very relevant to patients and their families. First, some of those costs end up falling on patients; after all, medications cost an average of $2,500 a year. In terms of lost wages due to patient inability to work, treatment costs associated with Parkinson’s, and social security, the total direct and indirect cost of Parkinson’s in the US is approximately $52 billion per year.

Secondly, the costs that are associated with Parkinson’s are also related to the exorbitant costs associated with drug development and clinical trials. From this perspective, the costs do indirectly harm the patient community: Without clear diagnostic or predictive biomarkers, clinical trials and drug development are not as effective as they could be. Since Parkinson’s does not have a validated diagnostic biomarker, clinical trial recruitment relies on suspected cases of Parkinson’s, especially in their pre-clinical phases. As these clinical trials do not have validated biomarkers as endpoints either, measuring the success or failure of a novel therapeutic relies on subjective metrics such as symptom resolution or improvement. This makes it more challenging for the clinical trial sponsor, and subsequently, the FDA, to evaluate just how effective an intervention is. All of this means more clinical trial participants are needed for a longer amount of time to get a better understanding of the scope of the question posed by the clinical trial.

It is not possible to convey the urgent need for improved biomarkers, therapeutics, and other tools to prevent Parkinson’s and improve the overall quality of life of those affected. The lack of biomarkers and therapeutics that improve outcomes instead of only improving symptoms means this community can use all the financial and community support it can get. While things right now are not where they should be, the future is bright.

Researchers, fortunately, are optimistic: “As they are validated, more reliable biomarkers should begin to deliver on their full potential, with opportunities for clinical trials, personalized treatments, and primary or secondary prevention of PD.”