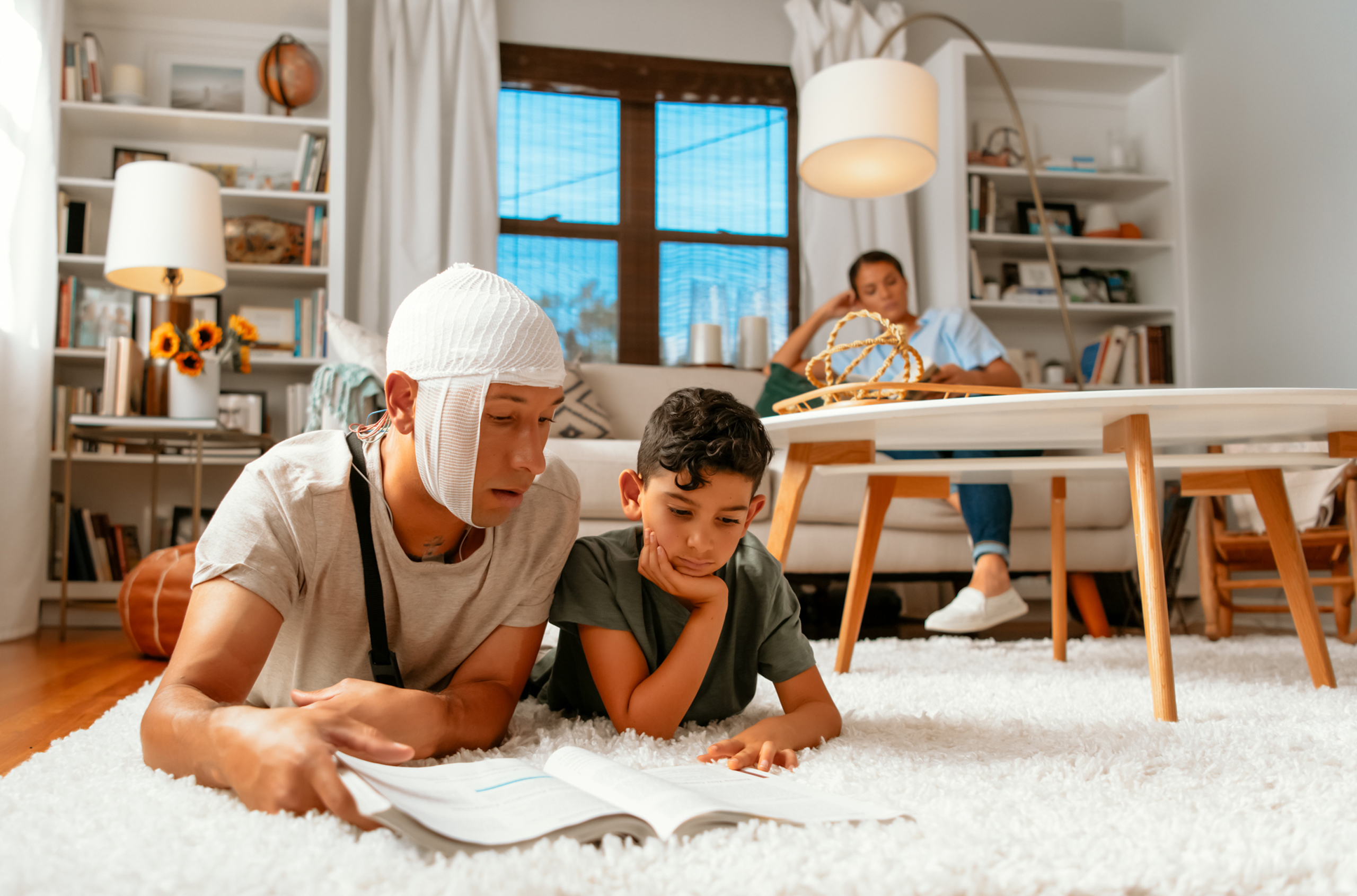 Introduction and Background on ALS

This study, as the first of its kind, has the chance to become a major inflection point in ALS history. In this blog, I’ll outline the study, its objectives and outcomes, and how it fits into the bigger picture of ALS research and science in general.

As ALS is a neurological condition, it is important to realize that diagnosing and monitoring the condition is not necessarily easy. Many of the current ways of monitoring ALS rely on clinical parameters and not the underlying neurobiology of the individual. These clinical parameters don’t necessarily capture the full scope of how ALS affects one’s body, and since ALS is heterogeneous in clinical manifestation and neurobiology, a multimodal approach could have robust benefits to the patient population. Furthermore, it should be a priority to ensure that diagnosis and monitoring are minimally invasive, thus the fact that these researchers used EEG in their study is quite promising.

As I mentioned, ALS is a disease that results in degraded motor neuron function. Motor neurons connect the brain to the rest of the body through and run through the brainstem and spinal cord to control voluntary muscle movement. In those with ALS, these cells die, resulting in a lack of control — and unfortunately over time atrophy — of the muscles that typically rely on motor neurons. Other neurons, including sensory neurons, remain intact. Since ALS primarily results in motor neuron degradation, people with ALS do not experience cognitive or sensory impairment.

ALS is usually classified in a couple of different ways; one way of classification is a general understanding of cause: either there’s a familial connection (suggesting a genetic component) or there isn’t, in which case it’s considered sporadic ALS; alternatively, ALS can be characterized as upper or lower: upper motor neuron disease affects the neurons in the brain whereas lower affects the nerves that originate at the spinal cord or brainstem.

Unfortunately, the cause of ALS is not clearly understood. The current “consensus” if you can call that is that there is likely to be a genetic component along with multiple other complex factors including but not limited to defective glutamate metabolism, mitochondrial dysfunction, and viral infections. ALS can’t be diagnosed by a single test so it is diagnosed using a series of tests so clinicians can rule out other conditions and try to narrow it down.

ALS presents differently in everybody and patients are likely to have different ratios of motor neuronal damage in their brains, brainstems, and spinal cords. There is no cure and the existing therapeutics — riluzole and edaravone — are shown to moderately slow progression. Since motor neuron damage affects so much of the body, a multidisciplinary approach is critical to bolstering the quality of life of those with ALS.

The study and its implications

The researchers of this study sought to solve a problem they had recognized was prevalent in the ALS world: The ALS community is stratified by clinical parameters instead of pathobiology. They figured that since the clinical manifestations and underlying pathobiology of ALS look so broadly different, both of these factors should be considered when categorizing the community.

Sometimes, it can be hard to pin down exactly why researchers try to solve certain gaps in the research. In this case, the problem was that with such heterogeneity in the community, if there is not a more effective way to stratify patients, research and clinical trials cannot be tailored for patients at different steps in their pathobiological progression. Conditions like ALS are complex; that is, the clinical parameters do not always capture the full picture of what is happening at the cellular or tissue level. And since patients are currently stratified by clinical parameters, clinical trials rely on the improvement, slowed progression, or resolution of those clinical parameters (or underlying pathobiology whose implications are not fully understood). These parameters, however, might technically improve, but metrics that don’t consider pathobiology do not tell us exactly how therapeutics work, and by understanding how therapeutics work and also the underlying pathobiology, the understanding of the condition becomes much broader and actionable. By effectively categorizing patients by alterations in their neural pathways due to underlying pathobiology, these measures can be tracked more precisely during a patient’s disease progression — and clinical trials — thus allowing care teams and researchers a far more comprehensive understanding of the patient’s current status and future outcomes. Clinical trials, then, can have multiple “arms” which consist of patients at different stages of their ALS progression based on the specific degree and type of neural network disruption. This strategy allows researchers to better understand how therapeutics affect ALS at different stages based on the underlying pathobiology. This strategy has the added benefit of giving researchers a better understanding of how different therapeutics might affect neural network function, which in turn helps inform future therapeutic strategies and treatment of the condition. Additionally, by investigating patients with a wide range of clinical parameters through EEGs and pathobiology, researchers hope to better discern which underlying features — potentially biomarkers — are most effective at predicting clinical progression and outcomes. It might even be feasible that in the future, researchers can use EEGs to analyze a patient’s brain and predict how they might respond to available therapeutics.

This gap of understanding inspired the researchers to pursue answers, so let’s dive into the study itself.

This team of researchers, Dukic et al, state in their introduction a couple of important points that act as foundations for their research. First, they assert that, when considering the breadth of clinical phenotyping, “these observations, along with the absence of a clear correlation between ALS-associated genes, and highly distinctive molecular neuropathological and clinical subtypes, provide evidence that ALS can no longer be considered as a single disease with a singular pathophysiology and clinical course.” They go on to describe that their study demonstrated “that resting-state EEG, which can provide distinct measures that reflect different processes in the brain, can quantitatively capture both motor and cognitive networks affected in ALS.” Essentially, these researchers used EEG to develop their subphenotypes based on neural network disruptions that they then validated by using MRI, compared their research against other EEG studies, and they further corroborated their research by using clinical data. They demonstrated their findings are robust and reproducible using statistical and validation analyses.

One of this study’s limitations that should be considered is its size and that it only consisted of a single site. However, this does not invalidate its importance but it does suggest that for their approach to become medically validated and a part of the standard of care and future clinical trials that it should be investigated in a larger sample size across multiple sites.

Their data showed that patients with ALS could be “subgrouped into four phenotypes with distinct neurophysiological profiles.” These neurophysiological disparities were associated with different levels of disruption in the somatomotor, frontotemporal, and frontoparietal networks, all of which are associated with ALS. The data correlate with “distinct clinical profiles and different disease trajectories,” thus providing researchers with a novel categorization strategy for the ALS community.

They also validated their data with follow-up EEG sessions, where they showed that their subphenotypes reliably predicted patient trajectory, which further demonstrates clinical implications.

To discover these subphenotypes, these researchers did something really incredible: They first used imaging technology — EEGs — followed up by extensive data analysis. After conducting the EEGs, the researchers then used what’s called “similarity network fusion” (SNF) which “constructs networks of sample…for each available data type and then efficiently fuses these into one network that represents the full spectrum of underlying data.” Once the EEG data had been collated into similarity networks, the researchers then used a technique called “spectral clustering” to discern where the edges of the clusters of data meet, thus creating subgroups of data that can be further analyzed to extrapolate conclusions. After the initial data analysis was completed and the clusters were found, the researchers used clinical assessments from the patients to look at what their clustering analysis yielded in terms of the patients included in the clusters.

While the research certainly needs further validation before it could become a standardized part of ALS care and research, this team has done something really important for the ALS community that could have both short- and long-term implications to the patients, the way they are treated and monitored, and their long-term prognoses. The researchers include two of their hopes for how their research could influence the future of therapeutic development: “The identification of data-driven ALS subtypes based on patterned changes in neuronal networks can facilitate the identification of targeted therapies that are effective across the subtype. The development of reliable biomarkers to identify subtypes will also provide much needed prognostic information for patient stratification.”

The researchers also hope their findings are utilized to better understand the underlying neurobiology and provide a new runway to discover quantitative biomarkers.