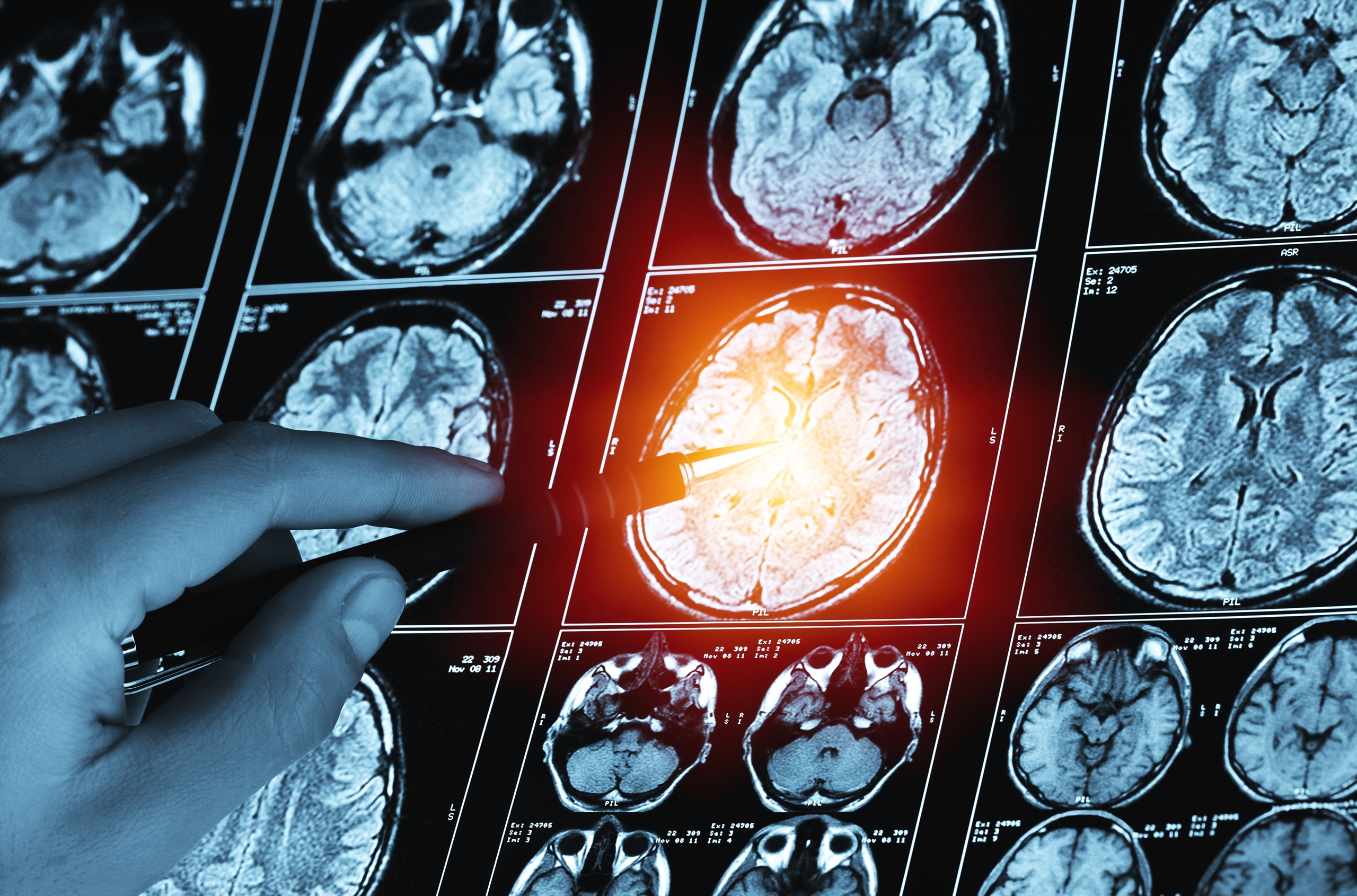 Sonogenetics: What it is, How it Works, and its Potential Implications for Neurological Diseases

“A major challenge in neuroscience is to reliably activate individual neurons, particularly those in deeper brain regions.”

From the opening line of Dr. Chalasani and his team’s abstract from their paper titled “Sonogenetics is a non-invasive approach to activating neurons in Caenorhabditis elegans.”

“What if you could turn any neuron in the brain on or off whenever you wanted, and for however long you wanted?” ponders a recent Stat News article titled “Researchers use ultrasound to precisely and safely activate brain cells in mice.” This question sounds fascinating for many reasons. The potential to activate or inactivate neurons is not just fascinating, though; this capability also suggests incredible implications for neurological conditions and humanity at large.

This idea of activating and inactivating neurons in a non-invasive way is exactly what researchers led by Dr. Sreekanth Chalasani, an associate professor at the Salk Institute, are trying to accomplish. This idea sounds futuristic and complex, but that shouldn’t come as a shock from a research institute whose very mission establishes ambitious research and clinical endeavors as the foundation: “Every cure has a starting point. The Salk Institute embodies Jonas Salk’s mission to dare to make dreams into reality. Its internationally renowned and award-winning scientists explore the very foundations of life, seeking new understandings in neuroscience, genetics, immunology, plant biology and more.”

So what is this topic, where does current research stand, what more is there to learn, and what can this research endeavor tell us about the scientific method? Let’s discuss.

Sonogenetics is the “use of ultrasound to non-invasively manipulate neurons and other cells expressing exogenous protein channels.” Right, so what does that really mean? We’ll get into that, as well as how researchers develop research to support or reject their hypotheses and far more.

Sonogenetics is a nascent research strategy to non-invasively improve neurological conditions (and potentially other health conditions that affect other organs aside from the brain). The non-invasive aspect is part of what makes this research concept so compelling and important for patients. This research idea is not that unlike a different procedure that seeks to use a form of energy to alter how the brain functions: deep brain stimulation (DBS). But deep brain stimulation has significant limitations: it is invasive and requires clinicians to embed “leads” into the patient’s brain; it is not guaranteed to work; it is time-intensive and the entirety of the procedure and afterward are not guaranteed to be approved or covered by insurance; and it is FDA-approved for certain movement disorders but requires further study for use in neuropsychiatric conditions. Hopkins, on their page dedicated to DBS, emphasizes its potential benefits while recognizing its limitations: “Prospective patients should have realistic expectations about DBS results. Although DBS can improve movement symptoms of Parkinson’s disease and greatly improve quality of life in properly selected patients, it is not likely to return anyone to perfect health.” While that fragment in the last line — “[I]t is not likely to return anybody to perfect health” — is true of many medications and therapies, the extent of additional risks, concerns, and limitations should be carefully weighed by patients and whomever they trust in their risk analysis and decision-making. To this point, there is a research and patient-centered incentive to developing and discovering alternative approaches to treating neurological, neurodegenerative, and neuropsychiatric conditions. Salk Institute researchers are in the early but very promising stages of harnessing sound rather than electricity to have similar and theoretically more robust benefits.

This concept — non-invasively manipulating neurons and other cells — requires quite a bit of depth of understanding and experimentation to go from purely hypothetical to implementation in a clinical setting. First, interested researchers needed to develop an idea of how this might work and how to test these ideas. Can ultrasound activate neurons without specificity? Or are there certain neurons that are more likely to respond to ultrasound? Are neurons going to be both activated and inactivated by ultrasound or is there a difference of which neurons will respond? How do researchers guarantee precision? What about off-target effects? How do you safely perform this? How do you go from testing in preclinical animal models to human clinical trials? These were just a few of the questions researchers had to ask to position their different phases of research.

First, Dr. Chalasani’s lab investigated the very basic question of whether or not ultrasound could even be used to activate or inactivate neurons. In their paper, which coined the term “sonogenetics,” published in 2015 titled “Sonogenetics is a non-invasive approach to activating neurons in Caenorhabditis elegans,” they worked with the nematode species C. elegans, an animal model particularly useful in “neurobiology, developmental biology, and genetics” due to its “genetic manipulability, invariant and fully described developmental program, well-characterized genome, ease of maintenance, short and prolific life cycle, and small body size.”

The researchers themselves indicate in their paper their choice of this model was due to “its small nervous system consisting of just 302 neurons connected by identified synapses has well-characterized robust behaviors and reliable methods to monitor neural activity.” Their point of C. elegans’ “well-characterized robust behaviors and reliable methods to monitor neural” indicate an important point of research methodology; the researchers used an established model to reduce the amount of uncertainty in their research. Due to C. elegans’s identity as a standardized model with general understanding in the research community allowed Dr. Chalasani research to be focused on using the information determined by other researchers to inform their team’s understanding of how their techniques affected what had been found to be normal biologic function for these nematodes. Earlier, in the introduction of the paper, the authors write “Understanding how neural circuits generate specific behaviours requires identifying the participating neurons and subsequently recording and perturbing their activity.” This specific point about “perturbing their activity” is included because understanding biologic implications of altered function of any cell requires understanding of both how things work “normally” and what happens when functions are abnormal. This notion of abnormality gives a deeper picture of clinical and physiologic implications of homeostatic functions and what downstream effects there are when organisms are not in homeostasis. To this point, a person with a neurodegenerative condition is experiencing abnormal neurological function; using any technique, especially a technique that technically alters neuronal function, to try to re-establish what is considered the normal range of functions could have unintended consequences and off-target effects.

Research into nematodes eventually led to their research into mice, resulting in the aforementioned article where they successfully — and precisely — activated neurons in mice brains. Their research culminated in an article titled “Sonogenetic control of mammalian cells using exogenous Transient Receptor Potential A1 channels” published in the journal Nature Communications in February of this year.

So how does this actually work? Well, as part of Dr. Chalasani’s research team’s initial experiment with nematodes, they discovered that neurons in the brains of wild-type (that is, non-mutated) animals don’t necessarily respond to ultrasound. Further, they “demonstrate[d] the use of low-pressure ultrasound as a non-invasive trigger to activate specific ultrasonically sensitized neurons in the nematode.” Despite that sounding like a possible failure, what they also discovered is that “neuron-specific misexpression” of a certain protein in neuronal channels “sensitizes neurons to ultrasound stimulus, resulting in behavioural outputs.” Their discovery of proteins that sensitize neurons to ultrasound stimulus combined with demonstrated evidence that their ultrasound stimulus directly affected behavior was a resounding success.

Next, researchers had to make the leap from researching simple, tiny nematodes to mammals. Here they sought to find a protein in mice that was sensitized to ultrasound before they could evaluate whether pulsing neurons that expressed this protein with ultrasonic sound resulted in behavioral outputs. To do this, they first used an immortalized cell line of human embryonic kidney (HEK) cells. These cells allow researchers to modify the specific genes they want the cells to have to change the proteins the cells express; researchers can use this technique to investigate how different proteins respond to ultrasound. They also encoded the genes to express a fluorescent protein “reporter” which allowed them to differentiate how intensely the proteins responded to ultrasound. Once they verified that this protein was truly conferring ultrasound sensitivity to the cell, they had to test this idea in the mice animal models. At this point, researchers are not yet able to non-invasively manipulate neurons to code for the expression of the ultrasonically-sensitized protein so they used an adeno-associated viral vector — these viruses do not result in disease — to complete this. While this part does add an invasive step into the sonogenetic approach, Salk’s team still hopes that a strategy to deliver the sensitized protein to the neurons is developed. They also knew that this part of their research is being concurrently investigated by researchers all over the world.

Ultimately, Dr. Chalasani and his team hope sonogenetics can be used to improve neurological conditions, but they also anticipate it could be used for other conditions, including the potential to replace pacemakers in the heart. While they are currently focused on ensuring they understand how the underlying mechanism of how all of this works and affects other systems, the progress they have shown with a pioneering technique is remarkable.

There are a lot of open questions for sonogenetics before it can be studied in humans and implemented in the clinic. Researchers need to understand how this works to ensure there are no off-target effects; they need to figure out a way to modify neuronal gene expression, either through adeno-associated viral vectors (which might reduce the compelling non-invasive aspect researchers are striving towards) or ideally, non-invasively; researchers need to ensure there are safe ways to modulate sensitivity; and far more.

But there’s no doubt: sonogenetics is exciting and offers another path of interest that patients affected by neurological conditions and their loved ones, as well as researchers and clinicians should keep a close eye on.